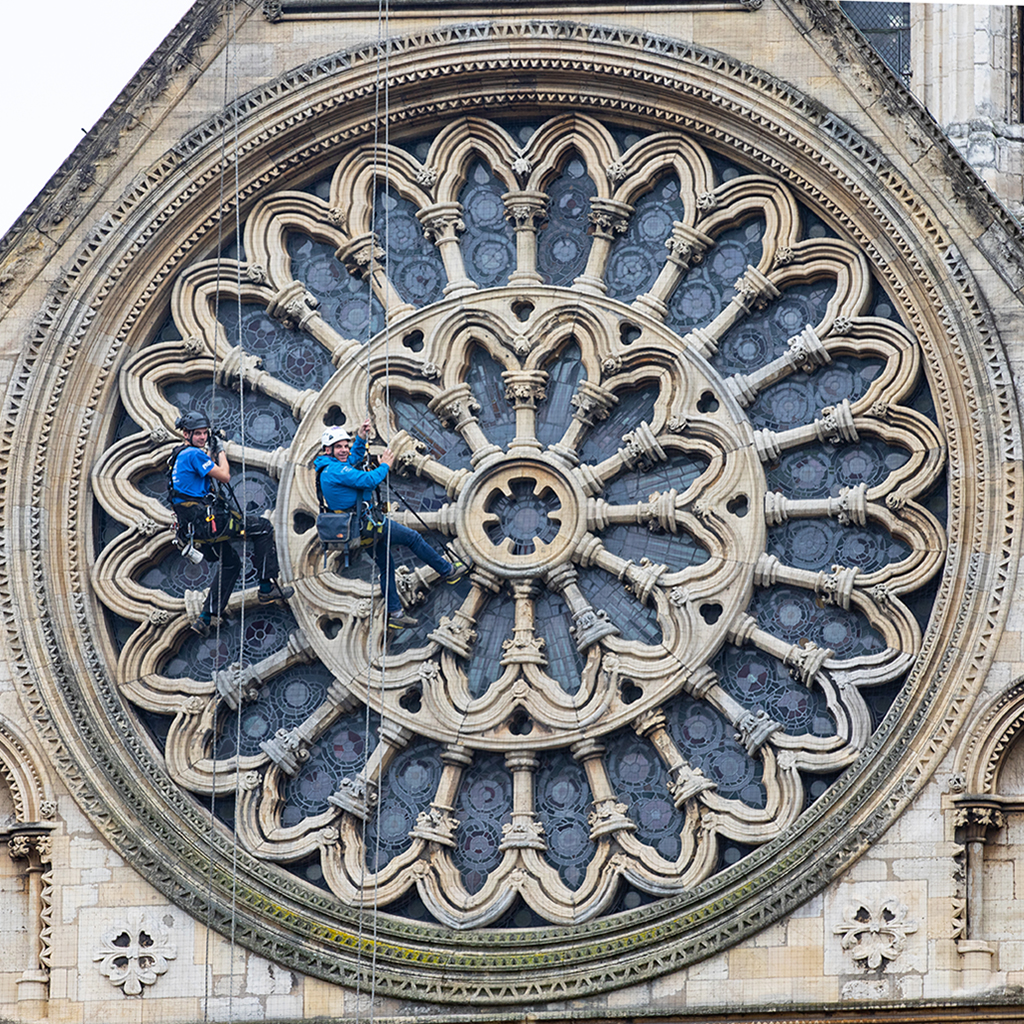 Posted at 13:00h in Conservation, Masonry, Our World Section, Rope Access by Helen Reeves
In 2020 the HSALtd team carried out inspections of the South Transept, which most famously went up in flames in 1984 and houses the beautiful Rose Window. The Rose Window was reglazed in the early 16th century and tiny stone roses adorn its tracery.
The South Transept – like many elevations of medieval cathedrals in this country – has had various phases of works done over the centuries and the cycle of these works can be seen in the craftsmanship of the time and the materials used. The South Transept is the earliest part of the Minster to survive above ground and works can be seen from medieval times through the Victorian era, when a large restoration by GE. Street was undertaken and into the 20th century, where evidence of the fire in 1984 can still be seen today.
Share
Print page
1 Like